Biodiversity includes genetic diversity, species and ecosystems. Here, we will focus only on the last two dimensions.

Among the species currently known to be found in the Park are: 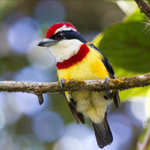 Capito wallacei
Emblematic and endemic to the Park 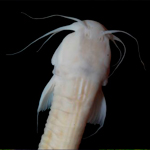 Trichomycterus
Lives in caves and is blind. It is probably a new species to science 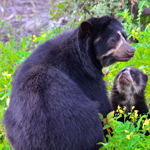 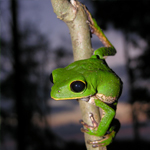 Phyllomedusa sp.
Known for its striking green color, large black eyes and slow movements. It is probably a new species to science 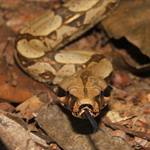 Boa constrictor
One of the largest snakes in the world. Non-poisonous, it strangles its prey 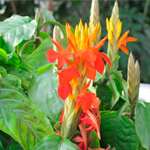 Aphelandra aurantiaca
Noteworthy red flowers that can grow up to 15 centimeters long.
________
Get to know the wildlife of the Park as filmed by our cameras

The Cordillera Azul National Park is located in an area that was cover by sea for millions of years. An impressive mountain range has emerged here among numerous faultlines. The following ecosystems are found within the Park: 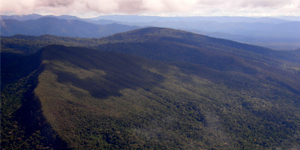 Forests with low (<10m) and dense vegetation, similar to the forests on the top of the Andes. These forests are located in steep areas, along the crests of mountains for example. They harbor a large quantity of bromeliads. 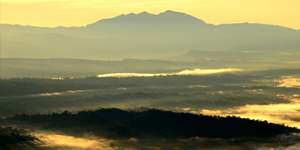 Forests of low height (<15m) that grow in areas with very low soil quality. A thin layer of clouds usually covers the trees and light rainfall constantly showers the area. The ground is covered by a humid, soggy layer. Lichen, algae and moss proliferate here. 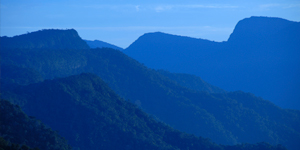 Mountainous forests, characterized by their evergreen vegetation, misty haze and enormous tree ferns. Almost 70% of the park is covered by these forests, between 15 to 20 m tall, which are difficult to access due to their steep slopes. It is home to the Capito wallacei, emblematic bird of the Park. 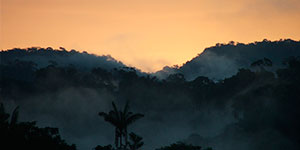 Forests with undulating formations of trees that are relatively easy to access. These areas have a higher number of tree species than the valleys and a higher density of lianas and shrubs. This ecosystem is classified as an area with high vulnerability to anthropic land use. 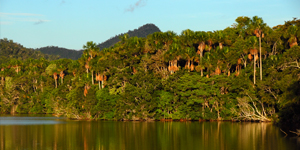 Forests with open vegetation, tangled lianas, wetland plants and a high number of ants. Patches of Moriche Palms (Mauritia flexuosa) are found in these areas. The ecosystem is easy to access by river making it also vulnerable to anthropic land use. 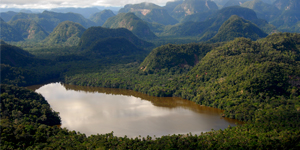 These unusual lakes were formed by tectonic movements. They are rather inaccessible. The ‘Lost World Lake’ is the most notable. Other lakes, in the lowlands, were formed from river meanders. 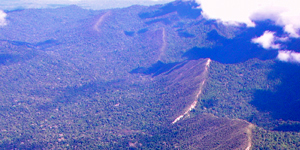 Rows of gigantic triangular-shaped plateaus in zig-zag formation. These land forms can reach up to 7 km in width and 4 km in height. Their symmetry is almost perfect and they produce spectacular waterfalls. 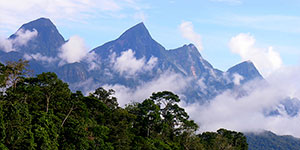 Series of mountains part of the “Vivian” formations that can be seen from the Pisqui River, rising up to 1800 m in height. Their name comes from the Kakataibo, an indigenous language, meaning: “turtles basking in the sun next to one another”. It is one of the most representative landscapes of the Park.